With all this talk about generosity, inclusivity, and infusing your work with authentic love, you might be wondering…

What if I just really need to get a message out to my customers? How does all this Weirdos-First stuff apply to a concrete marketing problem?

Sometimes it can feel like putting your weirdos front and center is kind of an oblique way to get what you need — after all, you’ve got something to sell, so shouldn’t you just get out there and start, you know, selling it?

We’re so accustomed to being advertised and sold to in a certain way, that those familiar approaches feel more efficient — or at least, more comfortable. When you’re a hammer, everything looks like a nail… and when you’ve spent your career surrounded by conventional marketing and outreach approaches, everything looks like an ad campaign, an influencer strategy, an email automation, and so on1.

But to go back to the questions we opened with: the answers you seek lie within the questions. We know that sounds heady, but let’s break it down.

What if I just really need to get a message out to my customers?

This question embodies conventional marketing in a nutshell: “get a message out.” Nothing wrong with one-way communication once in a while — but where’s the relationship, the connection, the listening? What’s in it for your customers? And what might be possible if you turned the question around, like…

What if our customers were eager to hear from us?
What if every communication with our customers created genuine value2?
What if we looked at every “marketing project” as an opportunity to contribute more value than we capture3?

How does all this Weirdos-First stuff apply to a concrete marketing problem?

For this one, I want to bring in a real-world project we’re involved with right now, for Heroku — the cloud platform that’s well-loved and respected by software developers, and with whom we’ve worked in the past on some very fun, weirdo-centric projects. Heroku asked us to help them with a tricky challenge that could well have been framed as a “get the message out” marketing problem, but together, we flipped the script and decided to lead with weirdness and generosity.

Heroku is a platform for coders — the kinds of coders who like to build, tinker, and experiment with new tools and tech. Coders are notoriously allergic to conventional marketing approaches; they’re discerning, practical, and hype-averse.

Of course, the folks at Heroku understand this implicitly, and part of why they’ve remained so popular is their effectiveness at connecting with their customers, and understanding their needs. But they’ve had a lingering communication challenge when it comes to one significant area of their business: their relationship to their parent company, Salesforce, and how its other product offerings can complement Heroku. Heroku’s research has shown that most developers who use their platform aren’t even aware that Heroku is part of the Salesforce ecosystem — or if they are aware, they don’t have a clear sense of how Salesforce could be useful to them.

No one at Heroku wants to take a hard-sell approach to this challenge; they aren’t trying to meet quotas. They just want to do a better job of making Salesforce’s tool set more visible, accessible, and meaningful to their particular weirdos: developers who, let’s face it, are usually more excited about tinkering with interesting coding tools than they are with the business-oriented processes that Salesforce is best known for facilitating.

We met with a team of Heroku’s developer advocates, and we quickly identified one of the core challenges of bridging Heroku and Salesforce in developers’ minds: while Heroku’s platform can be used for all kinds of projects, both professional and personal, Salesforce carries with it a set of business- and organization-oriented assumptions, which means that even though developers can access a free edition of the software for tinkering with, it’s rare for them to consider that possibility for a personal project; they tend to associate Salesforce with “work,” whereas Heroku can be for both “work” and “play.”

So we set out to imagine how one might make something creative, playful, and maybe even (dare we hope) cool, using both Salesforce and Heroku — something Heroku devs could wrap their heads around quickly, play around with, and use to make something they would genuinely enjoy.

Together, our two teams started musing on what aspects of Salesforce might be most appealing and intriguing to Heroku devs. How might we create something generous and playful that would invite developers in, and create space for them to experiment with Salesforce tools, without it feeling too much like work?

We considered: at its best, Salesforce is a tool for better understanding people, by documenting their interests and habits We started to imagine a community of developers trying to get to know each other better. What interests and habits would devs be interested in sharing with friends? What things might they be interested in tracking about their own friends? How might we do that in a lightweight way, that doesn’t smack of setting up yet another social network?

Another thing: Salesforce has been around a long time. It doesn’t have the particular sparkle of a new, cutting-edge thing. But then, newness isn’t the only path to coolness.

Then it struck us: what if we built something a little retro, but decidedly personal — something that would allow Heroku devs to celebrate their weirdness, share their uniqueness, and experiment with Salesforce tools in a way that’s lightweight and fun?

What we landed on is something we’re calling the Wicked CoolKit. It’s still a work-in-progress, so we can’t share a link yet4. But it’s an open source toolkit containing a set of playful applications of Heroku + Salesforce technology, designed for Heroku devs to both try out some fresh code, and get a feel for how Salesforce can support more meaningful interactions between real people.

The Wicked CoolKit allows you to generate a digital “trading card,” featuring a profile picture, links, skills, and a selection of stickers that reflect your talents and interests; a hit counter (that, true to old-school form, increases its count with a simple page refresh); and a webring, so developers can connect up a group of friends’ websites.

The through-lines are personality, humanity, connection, simplicity, and a sense of play: all qualities that Heroku embodies, both internally and in its developer community.

And sure, they could’ve chosen to tell their customers that — to put out all kinds of marketing materials explaining benefits, dangling incentives, and so on. But instead, they’re choosing to show, and invite their customers in.

The difference may feel subtle, but in practice it’s stark: by making it easy for customers to try the product for themselves, and come to their own conclusions, you demonstrate confidence in your own product, and trust in your weirdos’ judgment. By designing with your weirdos in mind, you help them feel seen, respected, and valued. And by acknowledging the perceptions (and misperceptions) they might hold of your brand, you show them that you’re comfortable with who you are, and self-aware enough to be trustworthy.

Instead of pushing a message, you’re extending an invitation -- which means that instead of having to pitch your value, you can let people discover your brilliance for themselves. It doesn’t get much more concrete than that.

Thoughts on approaching profit and growth with generosity

Finding your weirdos is a generous endeavor, but you can’t give everything away for free. Is it possible to be a generous for-profit company?

Focusing your business on weirdos can seem like a risk, but is it?

It may seem counter-intuitive to narrow your focus to a very specific group of people, but when it comes to building customer loyalty, predictable revenue, and truly great products, nothing beats a weirdos-first strategy. 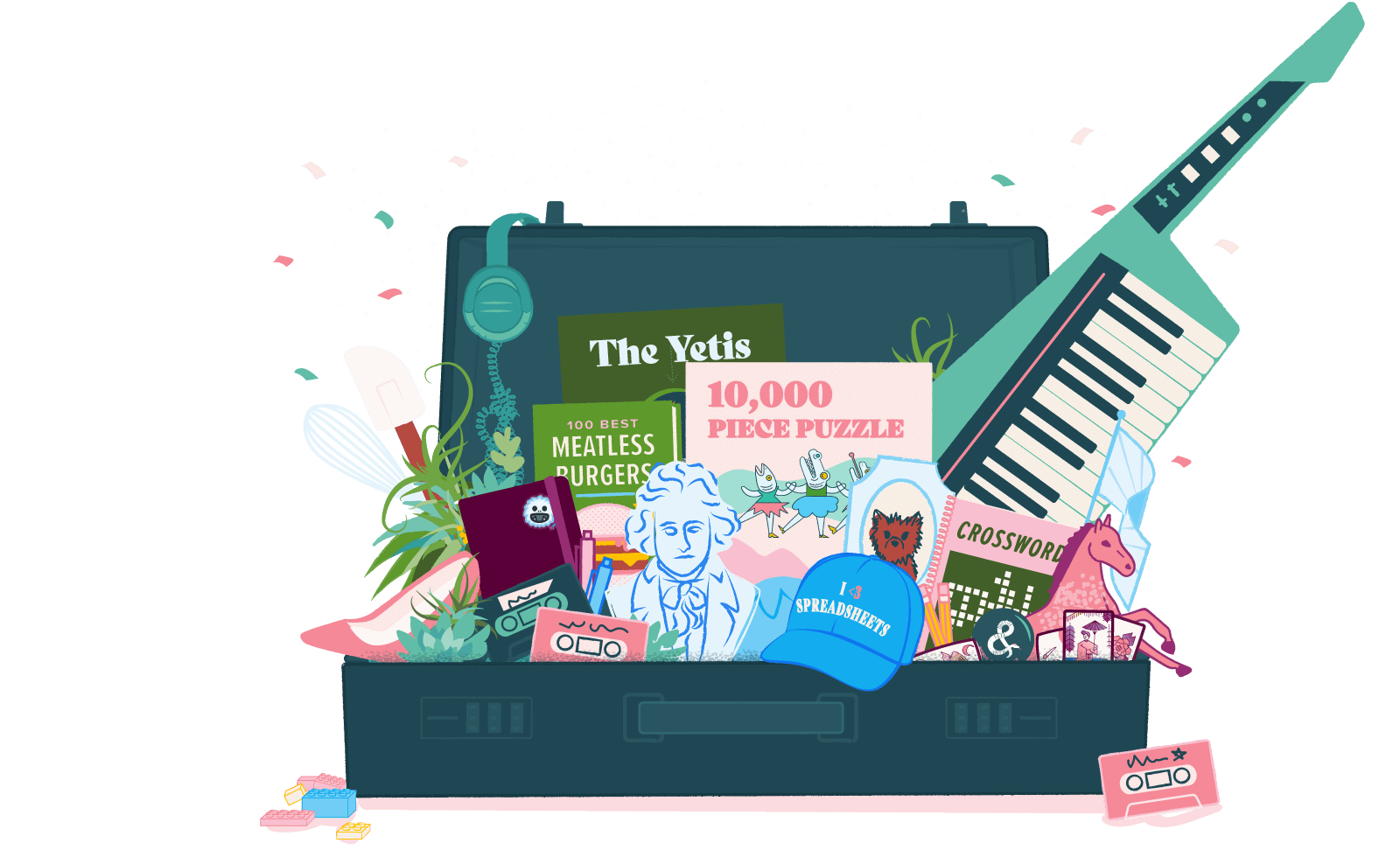